Revolut and Bookmakers/Gambling sites So in the recent days, it seems like Revolut discontinued support for some online bookmakers such as bet365, betway, unibet. I for one am affected by this as I use my Revolut almost exclusively for travel and gambling.

The most recent update is that the only bookies we know of accepting Revolut are as follows:

Here’s confirmation I received from them:

Since it was introduced, the Revolut payment card has spread quickly across the world thanks to its sharp exchange rates for travellers. It is also popular in being used for betting online, and so we’ve run checks on the bookmakers who accept this debit card payment method.

Here is a summary of the bookmakers where you could previously use this payment method:

Since then, many have stopped accepting it.

Having had heard and read about some problems with acceptance of the Revolut card with certain bookmakers (notably bet365) we, therefore, decided to investigate. For this article, we fully tested depositing with them and the other main bookies to check the validity and find out where it can actually be used. 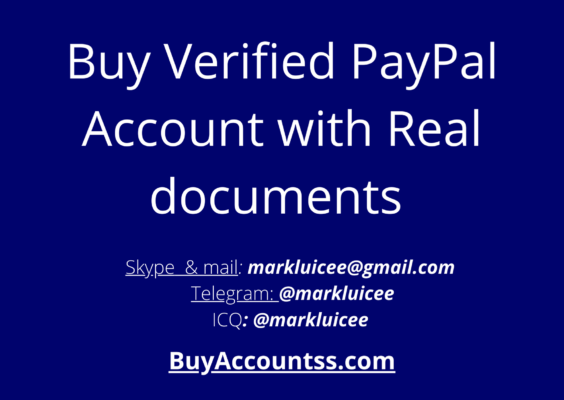 The Revolut card comes in either Visa or Mastercard brands, and we used a Visa-branded card for the purposes of making attempted deposits. It shouldn’t really make a difference which is used, as both are accepted virtually everywhere that payment cards can be used.

All deposits and withdrawals were completed or attempted using a mobile phone, although it would make no difference when done from a desktop, too.

Revolut Bookmakers: Sites Where you Can Use the Card

From our own testing, I have verified that Revolut depositing and withdrawal works with the following bookies:

Betfair – This required a pre-authorisation before going through which, at first, made me think that something weird was happening and that my payment wasn’t going to go through.

However, these fears were soon allayed as I came to realise that this was just a standard procedure here (although it isn’t with all bookmakers). In my haste, and after having to go into Revolut to approve the payment, I returned to Betfair, where I accidentally pressed the £50 deposit button even though I had previously only meant to deposit £5.

This therefore also gave me the opportunity to test withdrawals! I then withdrew £45 and it advised me that it would take between 2-3 days to receive this.

Paddy Power – As with Betfair, worked after seeing a pre-authorisation. This was not completely unanticipated considering that both of these brands are part of the same Paddy Power Betfair Group.

Betway – This was another bookie where the deposit worked quickly and easily. In this case, there were no delays and the money was in the account pretty well instantly.

William HillBest prediction app in the world. – Here, it was pretty smooth sailing although there was an initial issue that I needed to call the support line for. After entering the card details (my name, the long number, expiry and the three-digit CVV on the back of the card) I was greeted with the following message:

“Sorry, there is an issue with this request. Please contact Customer Services for assistance, quoting ACC02“.

At first, I assumed that William Hill was not going to be one of the bookies that accepted Revolut. So, I called the customer services line as per the message that was on the screen and spoke to a representative.

After explaining that I’d tried to register a new card, the support person asked if I was using a VPN. I had forgotten that I did have a VPN running for privacy reasons earlier and it was indeed still switched on.

He said that sometimes VPNs make their system think that you might not be in a location where betting is legal and so he requested that I turn off the VPN and try again. It worked immediately after this action was taken, and here you can see the result.

Betfred – Depositing funds at Betfred using Revolut was extremely straightforward. There were no issues at all and everything went through straight away without delay.

Here’s the message received that shows the successful transaction in the Revolut app after I had deposited a tenner using my Revolut Visa card:

Betvictor – One that did not cause any hassle whatsoever. One thing that you might get a little confused about is the fact that on your Revolut statement, the payment shows up as Lottoland (Gibraltar) Ltd rather than Betvictor.

So, now that you realise that it is part of the same group, no panic buttons need to be pressed when you see this message.

Coral – Depositing was completed without any issues at all. There was no pre-authorisation needed and as you can see from the screenshot below, a Revolut message popped up on the screen to advise of the immediate and successful payment at the same time as it did on the Coral mobile site.

Interestingly, no email arrived though – as per what was shown by the on-screen message. However, I didn’t need it thanks to the evidence I’d already received and I certainly didn’t need nor want yet another mail to read, anyway.

Can I Use Revolut For Bet365

Coral also has a decent free bet offer which is fairly popular.

Why Use Revolut for Placing Bets with Bookies?

The preferred money used to bet is without a doubt always going to be what you have in your pocket or bank account. Feeling the need to borrow money to finance gambling generally means that something just isn’t right at all.

This is one of the reasons that lawmakers pushed for the move away from using credit cards for betting in favour of debit cards and, of course, it makes complete sense to have done this despite the inconvenience that it causes to some.

Debit cards are a payment vehicle that only lets the user spend money from funds that they possess in your account. Credit cards, on the other hand, provide the possibility to borrow money from the credit card company (eg MasterCard, Visa, American Express) for free for a short period. Once that period is up, very large rates of interest are normally charged – and it can be easy to fall into a spiral of debt.

This is where the problem lies and why debit cards, like Revolut, are a much-preferred option. In the case of banking with Revolut, it’s not such a simple case of being able to use it anywhere, though.

Past Issues With Using Revolut

Revolut cards will not work in some circumstances. I found this out on a trip to France last year after trying to use mine to pay for petrol I wanted to add to a hire car. The card was rejected at the pump while trying to pre-authorise the transaction.

Fortunately, I also had a credit card on this occasion which had to be used. I later discovered in their terms and conditions that unmanned petrol stations (as this one was) are one of the places that the card will not work.

It’s worth noting that (at the time of writing) that Cryptocurrency exchanges, foreign exchange bureaus and financial securities brokers and dealers are also not supported. Many people like to use Revolut when travelling and for their gambling, so it’s important to know just where it can and can’t be used.

And, if you love this payment method, it may even be a dealbreaker for certain brands. Time to change bookmaker, perhaps?

Bookmakers Where You Can’t Use Revolut

bet365 – We ran into a brick wall when attempting to use one of the world’s largest names.

Unibet – Another international brand bookie where we found that Revolut was not able to be used for making a deposit.

It’s unclear why this is the case, especially in a country where betting online is completely legal and above board. Why would you not be able to use a debit card with a positive balance to make a payment to a merchant of your choice?

It does not seem to make a whole lot of sense, but this is the reality. I’ve read in various forums that loyal Revolut users who have enjoyed the experience of using it for years have become seriously irritated by such issues. So much so that they could even consider changing to an alternative competitor in the payment card space.

The lack of communication about this (i.e. not being informed about it in their terms and conditions) is a factor that Revolut really should consider addressing. This is especially important for their business model if they wish to retain customers who like to use an online bookie in a country where it is completely lawful to so.

It’s not like this is a small section of society, either. In our view, the push to using debit cards means that institutions such as Revolut need to get a better understanding of people’s needs to stay competitive or they will simply lose business.

Tip for Using Revolut with Bookies

During this process, I had forgotten that one thing that I had set up on Revolut’s settings is the “automatic top-up”. This basically tells Revolut to take an amount from your connected bank account every time our Revolut balance falls below a certain amount.

This is sometimes useful when you are travelling internationally and don’t want to get into the situation of running out of money on the card. For example, when you go to pay a restaurant bill and the card gets rejected due to insufficient funds.

In my case, the rule applied was to add £200 every time the balance on the card falls below £50. It was to help avoid the situation just like the restaurant example that I explained above.

So, with this rule still in place (even though I was not travelling in a foreign country with the need for a good exchange rate anymore) I wanted to deposit a tenner into one of the bookmaker accounts.

However, with £55 on the debit card, just depositing £10 had the effect of adding £200 from my bank! Anyhow, it was just a matter of re-adding it back and then taking the necessary steps to remove the automatic top-up rule from the card settings via the Revolut app. 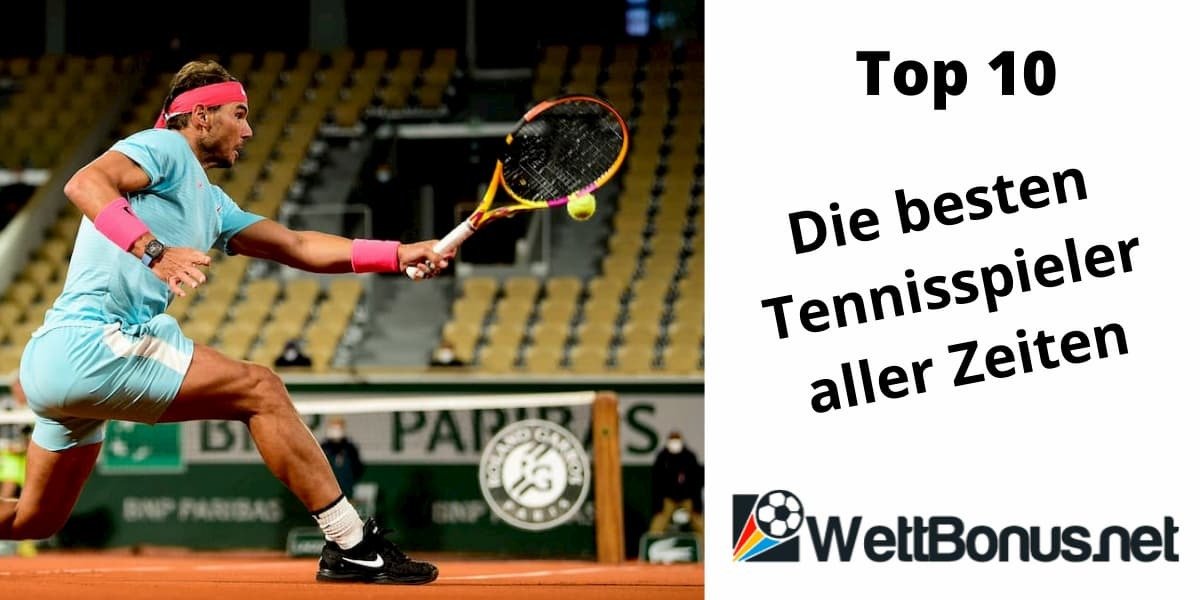 💳 Do Any Bookies Accept Revolut?

Yes, we have tested it with several bookmakers and there are some that do accept Revolut without any issues.

💷 What’s a Pre-Authorisation on My Card?

Also known as ‘preauth’, this is a temporary ‘hold’ of a certain amount of your balance which makes sure that there are enough funds available for the bookie to receive the payment.